112% Spike In Americans Looking To Change States After Biden Win

There are many reasons why someone might decide to move house, and even move out of state, but does a general election result influence where Americans want to live? We were intrigued to find out, so looked at internal and Google search term data to see if any trends were apparent.

Amazingly, we discovered site searches relating to and including ‘how to move states’ had increased by 112% after it was revealed that Joe Biden will be America’s 46th president. We also discovered which of the 50 states are most likely to lose residents and which may have more joining them in the near future following the Democratic win!

Internal data revealed that the following states are at risk of losing the most residents:

The states most likely to gain residents:

Keen to get more insight into this new trend, we surveyed 2,000 Americans about their priorities when it comes to relocating to another state and this is what we found:

Participants in the survey were asked whether they intended to move as a direct result of the election, with a fifth (23%) answering yes. More than half (51%) of these participants cited that they wanted to move somewhere more aligned with their political views and 15% felt as though there was potential for violence or riots where they currently lived. A more optimistic bunch said that they wanted a new start, prompted by the election (25%).

Frugality was a sticking point with six out of ten participants (63%) stating that they would consider moving to a different state in order to pay lower taxes. Some participants (22%) expressed that a new threat of redundancies due to the pandemic was the catalyst in them looking to move elsewhere. Continuing with the pandemic as a reason, one in ten Americans (9%) hope to move to a different state as they feared that their current location was being overrun by COVID-19 and six in ten (62%) wanted to move closer to their families should a similar event happen in the future.

On a lighter note, other reasons cited included a sunnier climate (46%), more than half (54%) said that they planned to move as they were close to retiring, with 34% wanting a change of scenery and a massive 68% stating that they would move state to further their careers.

“As a nation, I’m sure we’re collectively letting out an enormous sigh of relief now that the election is over, no matter who you were rooting for. That being said, it’s obvious that the result isn’t going to be for everyone so I’m personally not surprised that some people would be looking to move to a state more in-tune with their political views.

“It might still be a worrying time for some but we can help with some of the load, whatever the reason for moving might be, I hope that we can continue to provide excellent service to those looking to buy or sell their home.” 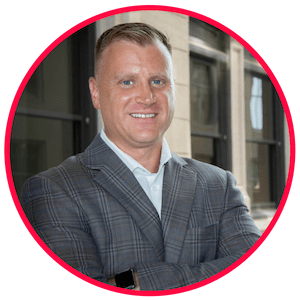 Please check your email for our the secrets. But please keep them to yourself!